"We are a start-up that helps other start-ups start-up” A passionate team that has created a disruptive platform and unique initiative called KUBERAN’S HOUSE that creates opportunity, provides great exposure & visibility, profound mentorship, financial assistance for start-up ideators and companies, and makes their dreams into reality by encompassing the extension of the 'Make in India' vision.

“We are committed to continuing this journey further & beyond" 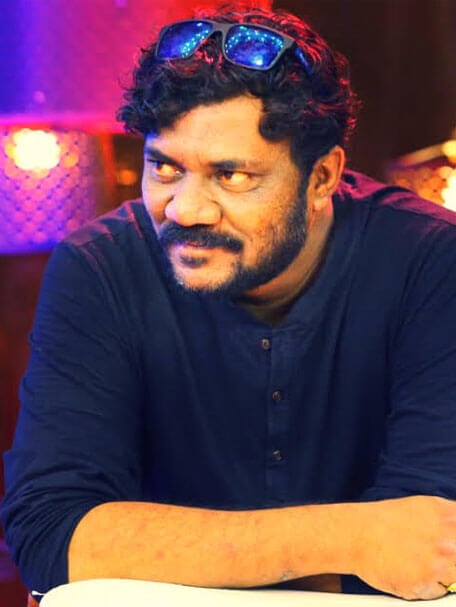 Sanjeev K Kumar, an Alumni of FTII, Pune is a popular name for designing and directing... 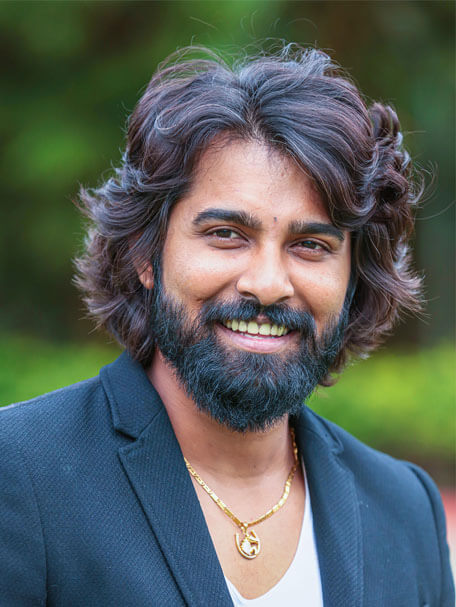 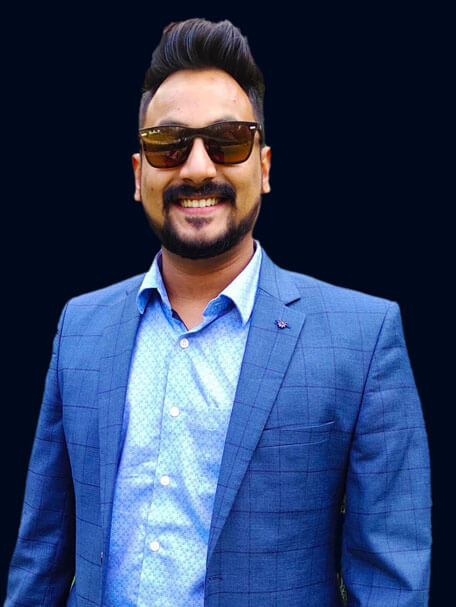 Ranjith is a successful business leader.He has completed his Masters at the University of Leicester, UK ... 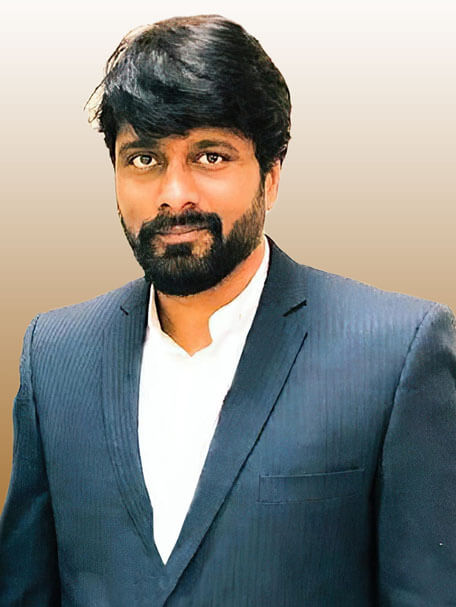 Srinivas Vasanthala, with 22 years of experience as a team leader in various sectors is known... 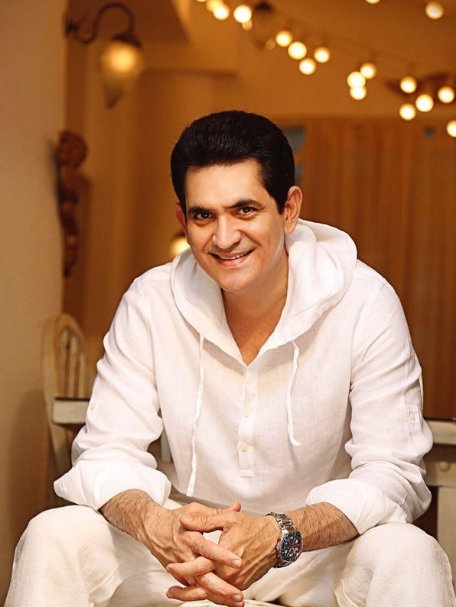 Sanjeev K Kumar, an Alumni of FTII, Pune is a popular name for designing and directing multi-format and genre shows across South India. He is also a gold medalist in the direction from AAFT and has a Diploma with Honors in Screen Writing from BBC. Along with that, he is the recipient of the 3 prestigious state awards.

To this date, he has designed and directed more than 100 shows in different genres and that too in 10 different languages. Most of his shows whether they are scripted or non-scripted reality shows have always set up a benchmark. Some of the first and biggest VFX based dramas in India are directed by him.

Sanjeev has been instrumental in bringing talents like A.R. Rehman, Rana Daggubati, Prabhudeva, Brahmanandam, Puneet, and Shiva Rajkumar on television as well as in the digital space. Some of the popular shows brands like Jabardast, Dhee, Sye, Saregamapa, Genes, Cash, Deal or No Deal, and the No. 1 Yaari Franchise were his brainchild.

With a Phenomenally successful track record, Sanjeev is Known for his aesthetics, incomparable content, extraordinary look and feel in all his shows.

He always tries to motivate youngsters across India with a complete solution. His favourite quote is "Give a man a fish he will eat for a day .. teach a man how to fish he will eat for a lifetime". Apart from his practical approach to the execution, the driving force on the National level is ‘Make in India’.

Ram Gowda, with world-class production values, heads the logistics and product management. His well-experienced team always delivers effective and well-designed content with world-class production values. Some of the outstanding and different concepts and contents show Dance Dance, Desamudurulu, Kick, and the Promo songs with Yash and Puneet Rajkumar for Star Sports-Pro Kabaddi are produced by him.

He has partnered with the best studios across the world in order to deliver the best content on the television and digital platforms. He shares a good rapport with the film fraternity and celebrities across India that acts as a huge asset to the team. He is a small-town young man who started the journey with lots of dreams and aspirations. With all the hard work and on his own merit he is today a successful actor, producer, and entrepreneur. He comes up with a vision where he can help many younger talents to fulfill their dreams.

Ranjith is a successful business leader.He has completed his Masters at the University of Leicester,UK. He has more than 10 years of broad experience in managing and transforming products and service-based companies. He has proven credentials at various important positions at Top Global companies.

Ranjith holds key experience in Telecom Services, Business and Technology outsourcing and Consulting across UK, USA and India. He also shares a good rapport with numerous start-up incubators and accelerators across India.

He has demonstrated expertise at leading structured teams and database management. He is a keen Strategist with the flair for Designing and Implementing People Related Business Strategies. A self-starter who is driven by leadership qualities, People focus and professional credibility. His knowledge in investment modules are valuable addition to the Kuberan’s House.

National Award Winning Director
A multifaceted and a multi-tasking personality.

Omung Kumar Bhandula has done it all- be it hosting, acting, art-direction and very recently turning film director with the critically acclaimed and commercially successful biopic - 'Mary Kom'

Popularly known as 'OK' due to his famous game show titled 'Ek Minute' on Zee TV [which he has hosted for 9 years] and Gol Gol Gullam - Hungama TV [hosted for 2 years] , Omung Kumar is also a well known model and has endorsed many products like Ponds, Cadbury's, Shogan, Milk, Tez Tea Diplomat Whisky, ICICI etc. He was also the face behind the mask of popular advertising campaign 'Godrej Puf'. Besides these, Omung Kumar was a Consultant Creative Director to India's Largest Advertising Agency "HINDUSTAN THOMPSON ASSOCIATES' (JWT). As a Creative Director, Omung Kumar has designed many International Campaigns like Lux, Ceat, Godrej, Pears etc. for HTA.

Srinivas Vasanthala, with 22 years of experience as a team leader in various sectors is known for handling more than 100 creative teams. He has done his Postgraduate from Mumbai University with Graduation from Osmania University Hyderabad. In the field of entertainment, live, visual effects, and animation, he is known to produce world-class content. As a certified DNA quality control professional, he has always added value to the animation and VFX industry. With his experience, he has successfully completed team building and content delivery.

Srinivas is a Director of TVAGA (Telangana Visual Effects, Animation, and Gaming Association) that enabled him to impart methodology to the process. Beginning with drafting the stage to effective production output he builds up successful business modules from the pool of ideas. 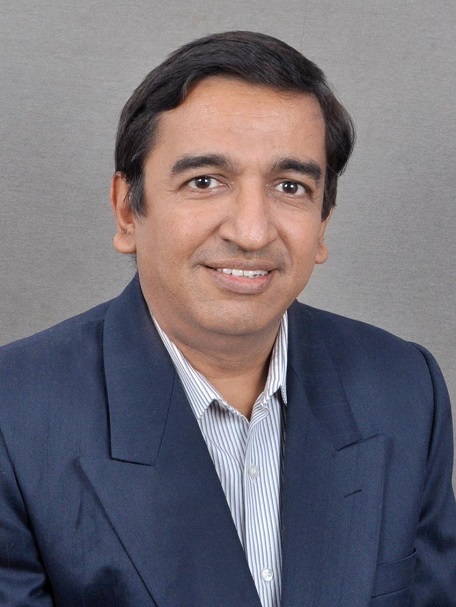 Varadarajan Krishna (Varad) is an Executive turned Serial Techpreneur and Angel Investor with a track record in a career spanning over 25 years and has been through 5 exits including two IPOs. He has part of start-up community that had developed products and IP ranging from Embedded Software, BPM, Telecom and Cleantech.

Varad is currently engaged in building open innovation communities worldwide through Induct. He is one of the cofounders of 100 Open Start Ups Global Movement - the world’s largest, structured and most efficient open innovation program. He is involved in various startups initiatives in India and worldwide as a mentor and Jury as way to give back to the global entrepreneurial ecosystem.

Varad holds a Bachelors degree in Electronics & Communications Engg and a Post Graduate in Systems Management.

Further he has completed with distinction the following programs.